Nature is waiting for you 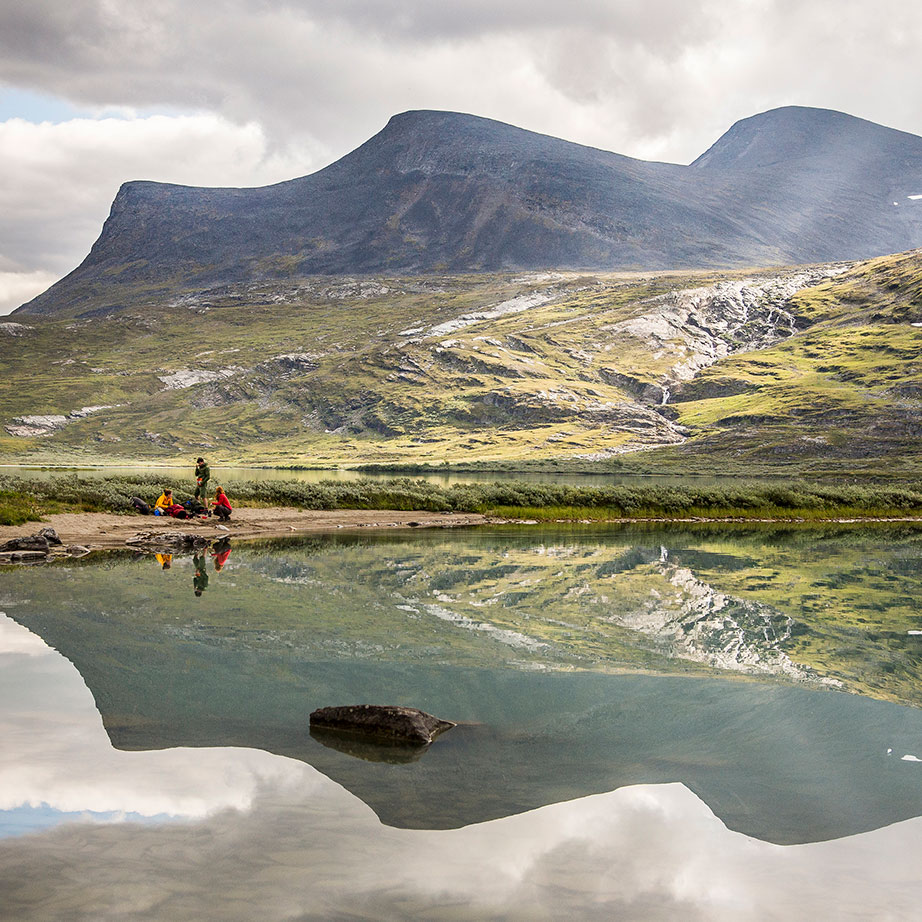 Physical, mental and social: nature is good for us, all of us. And it’s right there, waiting for us.

Dappled light dances under your feet, mirroring the rhythmic rustling of the leaves overhead. Your heart rate slows. Your breath deepens. A smile creeps across your face. You can’t remember what was on your to-do list. The irritation after a no-progress meeting fades into oblivion. Worrying about this, that and everything in between seems immaterial. Just 10 minutes ago you were slamming the door in frustration. Now you’re in your happy place. That place is nature. It needn’t be on the other side of the world or a day’s drive away. It can be a tree-lined street on the way home from work, the park by your child’s school or the nature reserve that’s just outside the city boundary. Spending time in nature is good for us and it needn’t require Herculean effort to accomplish.

From the creation of the first nature reserves, city parks and the days of well-to-do aristocracy heading off to the countryside to “take the air”, we’ve known for years that spending time in nature is good for our health. Way back in 1865, famous landscape architect Frederick Law Olmsted – who designed New York’s Central Park – wrote

Despite his statement to the contrary, there weren’t actually any “scientific fact(s)” proving the benefits of nature to human health at that time (it was more just a general feeling or innate knowledge). But now, more than 150 years later, there are. Studies conducted everywhere from Japan to Finland, the US and the UK have shown the benefits of nature to be manifold and multifaceted. They range from the physical to the mental to the societal. It’s not really known why, but the correlation between human health and well-being and time spent in nature is overwhelmingly positive.

It’s good for our bodies

Often when we think of nature, at least nowadays, it’s not just about being there. It’s usually about doing something there. So the fact that people with access to nature – be it urban parks or rural trails – are less likely to be obese or overweight shouldn’t come as much of a surprise. But according to the Institute for European Environmental Policy (IEEP), the benefits actually extend further than a reduction in people’s waistlines. It cites results such as lower blood pressure in pregnant woman, a 16% lower risk of dying for men living in deprived areas closer to green space, and higher birth weights and larger head circumferences in babies born in places with abundant green areas, as evidence for the benefits of living close to nature.

And for our minds

While the physical benefits are tangible and easily seen, the mental ones are more nuanced though no less apparent. Doctors have believed in the mental healing of nature since the 19th century. Back then it was fashionable for doctors, particularly those practising psychiatry, to recommend a week breathing the fresh air of the Swiss Alps, coastal Dorset or rural New England. Now doctors don’t necessarily prescribe an expensive week away rubbing shoulders with Swiss skiers or Dorset fishermen, but they do encourage patients to spend more time outdoors. UK charity Mind has been using what it calls Ecotherapy to help improve patients mental health for several years.

The practice involves patients spending time “connecting” to nature, mostly through supervised group sessions combined with cognitive behavioural therapy. Activities range from conservation projects to simply walking through nature together, discussing the landscape and flora and fauna. It works in a similar manner to Japan’s “forest bathing” or exercising along Finland’s “power trails”. Patients consistently report a reduction in feelings of depression, anxiety, anger and stress and improvements in self-esteem and emotional resilience. The IEEP highlights a study conducted by Alnarp Rehabilitation Garden in southern Sweden.

It tested a nature-based treatment for people recovering from stress-related mental disorders, stroke and war neuroses. After just one year of rehabilitation the effects were clear: an improvement in well-being, reduced stress and increased positivity. There were also knock-on effects that were more wide-reaching: the costs for primary care dropped by 28% and days spent in hospital fell by 64%.

It’s even good for society

These broader societal benefits are now being studied. And they don’t just include reduced medical bills and health care costs. According to Patrick Ten Brink, the director of the Institute for European Environmental Policy, “giving communities an active right to nature will improve health, social integration and be a major step to reducing social and health inequalities”. Research conducted by the IEEP, on behalf of Friends of the Earth Europe, highlights that access to nature and shared green spaces can lead to increased social cohesion and reduced social tension. It gives people a shared sense of place and identity, which goes beyond racial, ethical and socio-economic boundaries.

This all sounds very utopian: the answer to all our problems is right there outside the window. We just have to get out there. But it’s not that simple. 70% of the world’s population will be urban by 2050. Europe has already surpassed this threshold with a full 80% predicted to live in cities by 2020. As open areas are eaten up by housing, finding space for nature that’s close to home is proving more difficult. Seeing as all the benefits of living near to nature only kick in when the distance from green space is less than 300m – with the benefits dropping off once you cross the 1km mark – urban planners are faced with some pretty monumental challenges. How do you provide easily-accessible nature to growing urban populations? Cities are already sprawling into each other. With the pressure to build as close as possible to a city’s CBD and reduce the distance people have to commute by car, a catch 22 conundrum presents itself.

According to human geographer and author Dr. Klas Sandell, the solution is sustainable development. The United Nations defines this as development that “meets the needs of the present without compromising the ability of future generations to meet theirs”. This requires society to look more holistically at development. “We need to find a way to live, work and thrive with nature,” explains Klas. “Protecting nature is just the first step.”

Sweden (and Norway and Finland, for that matter) sets a very good example. The Right of Public Access – allemansrätten in Swedish – has helped shape Swedish people’s views of nature. “Here nature isn’t so much of a ‘wilderness’, as in it’s far away. It’s more about general outdoor recreation and encounters in a natural landscape,” says Klas. “It’s about simplicity in terms of equipment and activities – a stroll in the forest instead of an expedition in the wilderness. And it’s about freedom of choice.”